Home / Tech / Why Having A Twitter Automation Is A Good Idea

Twitter is a social media, a type of social media where hashtags and your one-liner thoughts matter to most people. It’s the most interactive social media there is in terms of calling out people and have actual celebrities reply to you in real time. It has millions of members and if you’re a business in today’s day and age, you need a twitter account and there’s no excuse not to have one.

Why? Because Twitter is free and if you’re active enough like your posting, commenting and following the right people, in time it can really positively affect your business. Imagine having that leverage in a free service. Although being active in twitter is a good formula for success, it will take you a long time to garner some really solid followers. If you want to have a fast success with Twitter, below are a few reasons why.

Autokey posts: One of the reasons why businesses are having a hard time on social media is because they lack consistency with posts. Sure you can easily tweet personal stuff in your account, but if you’re a business the last thing you want is becoming viral in a negative way because of your post. And for the most part it’s always a challenge to tweet business related stuff all the time, and for the most part, you always run out of the ideas. But with an auto key post, you don’t have to worry about that.

Follows and unfollows back: Automation helps you have potential followers by following, and if they don’t follow you back, automation systems will unfollow those people. Just to be sure that your followers will be much higher, versus the people that you’re following. Something that will take you months to even years to figure out. 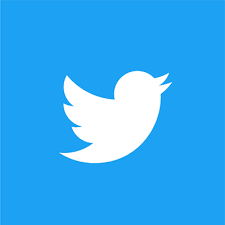 Yields promising results: The best thing about these automated systems is that they work and yields positive results in a short amount of time. You don’t need to hire some well-skilled people that charge more money. Instead, just automate it because it’s cheaper. It yields good results if not better. If you’re a company that’s in dire need of social media help in then you might consider twitter automation.

Automating your twitter might seem like a bad idea and it is, if it’s your personal twitter. But if it’s for your business, you need it in order for our company to see the positive effects of Twitter. Face it when it comes to business, its a pain just thinking of what to post, but that will be a thing of the past thanks to these automation systems. The best part about it is that they yield great results.